Today we are sitting at home and managing business from around the world. We are able to communicate remotely with our offices elsewhere in the world with click of a mouse or with the touch of a finger. We see our people live on our computer screens and talk to them in real-time. We are able to read, understand and analyze financial matters around the world and make our own investment plans.
We can transfer money from anywhere to anywhere else in real-time. Virtual payment processors have come handy to transact money on-line. We can even do a complicated surgery with the help of high-end computer techniques. We can share ides, education, libraries, messages and the list  of what we can do without moving from the our place. It is all possible because of the great invention of ‘World Wide Web’ and the ‘Internet’. Thanks to Tim Berners Lee for providing us these comforts through his great invention. The world became small
and handy. 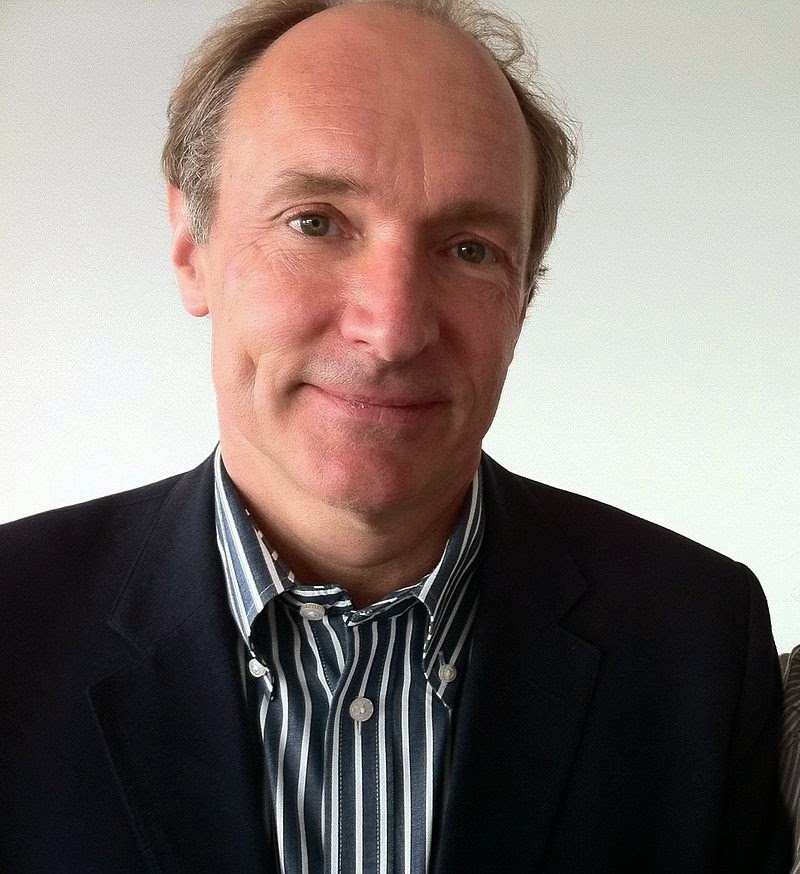 The global hub in which all of us are living today is a brain child of Sir Tim Berners Lee, also known as
“TimBL”, the inventor of World Wide Web. Today we can not dream a minute without an Internet, World Wide Web, and a computer. We have come a long way from cave age to internet age with the help of  great achievements of scientists who stood as strong pillars to the modern world. With World Wide Web distances disappeared between countries, continents and people can interact and exchange almost anything. Have we ever imagined to see and chat with our kith and kin else where in the globe with the touch of a button? On line entertainment, online music, online games, online education, online libraries, online information to share between people, among groups is a small list of benefits of World Wide Web.

Tim Berners-Lee is a British scientist at CERN (The European Organization for Nuclear Research) invented World Wide Web (WWW) in 1989, which was an offshoot developed to share information between scientists in universities and institutes around the world.
In Tim’s own words on World Wide Web is “I just had to take the hypertext idea and connect it to the Transmission Control Protocol and domain name system ideas and—ta-da!—the World Wide Web … Creating the web was really an act of desperation, because the situation without it was very difficult when I was working at CERN later. Most of the technology involved in the web, like the hypertext, like the Internet, multifold text objects, had all been designed already. I just had to put them together. It was a step of generalizing, going to a higher level of abstraction, thinking about all the documentation systems out there as being possibly part of a larger imaginary documentation system.”
Tim dedicated the World Wide Web at CERN to the World, He hosted  the World Wide Web project itself on Tim Berners Lee’s NeXT computer on 30 April 1993. CERN put the World Wide Web software in the public domain and released the next version with open license. With this advancement the software required to run a web server freely available, along with a basic browser and a library of code on which  the world is flourishing today.
Tim Berners Lee is holding many positions today
Is not Sir Tim Berners-Lee a true inspiration to one and all?
References:

Victorious Story of A Handicap – Girish – The Badminton Player