Breast Cancer is the most dangerous silent killer

Statistics of Breast Cancer across USA

The number of cases worldwide has significantly increased since the 1970s, a phenomenon partly blamed on modern lifestyles in the Western world. Because the breast is composed of identical tissues in males and females, this disease also occurs in males, though it is less common

Breast cancer gene  called BRCA is one of several genetic mutations (alterations in the body’s genetic material)  associated with the development of breast and ovarian cancer.

There are two types  known as BRCA1 and BRCA2  that can be inherited and lead to a markedly increased risk for developing breast cancer and ovarian cancer.  Ductal carcinoma starts in the tubes (ducts) that move milk from the breast to the nipple. Most breast cancers are of this type. Lobular carcinoma starts in parts of the breast, called lobules, that produce milk. In rare cases, it can start in other areas of the breast.

What is Healthy Life? How to Keep Fit All Day? 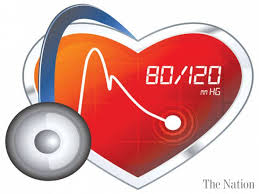