Albert Einstein is a genius never born before. He looks simple but his discoveries and inventions hanged the world in the field of modern physics. With lots of contradiction, contradicting earlier Newton’s laws and his own theories many times . he still stood tho his research results and found undisputed theory of relativity and energy theory. are tremendous. Definitely this great man is an inspiration to millions of enthusiastic scientist for centuries to come 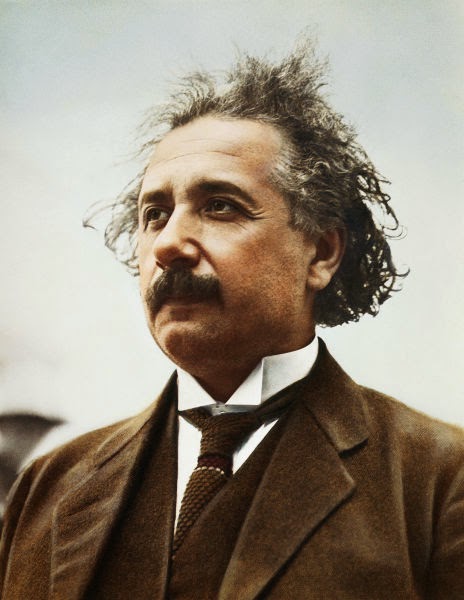 Albert Einstein was born in the year 1879 in Germany. He was a physicist known famous for mass-energy equation saying that energy is equal to mass multiplied by velocity square, E = mc². His theory of relativity and energy equation are the two foundation formulae for modern physics. Albert Einstein is a nobel prize winner for his great achievements in physics

During his research he found out that  the speed of light remained constant  violating Isaac Newton’s
laws of motion. Newton’s laws of motion says there is no absolute velocity. This contradiction led to the theory of  the principle of relativity. The next well-known equation E=mc2, suggested that tiny particles of matter could be converted into huge amounts of energy, foreshadowing the development of nuclear power.

After Albert’s death his brain was preserved by Thomas Stoltz Harvey without taking  permission of his family, for future study by doctors of neuroscience.  After decades of study, Einstein’s brain is now at the Princeton University Medical Center.

Einstein is funny and poor in money management and takes his wife’s help to fix his salary. He used to charge $1 for signing up an autograph, which he later donated to charity. In world war II, he suggested President Roosevelt to develop atomic bomb with anticipation that German may create one, and when US created an atom bomb, he  accepted that this suggestion is the greatest mistake of his life.  After the death of Israel  President in the year 1952, there was a suggestion to Einstein  to take over the charge of Israel, which he denied saying that he is poor in man management. At the last days of Einstein when he had internal bleeding, he opposed surgery saying that it is worthless to prolong life artificially. He said that he had contributed what he could and time to leave elegantly.