“Yesterday is history, tomorrow is a mystery, today is a gift of God, which is why we call it the present.” — Bil Keane
Sir Jagadish Chandra Bose (J C Bose):  When many of us do not think about our co living beings there was a great Indian scientist who started thinking about plants. J C Bose discovered that animals and plants have feelings that are common in both. Is it not amazing and inspiring? He discovered that plants are sensitive to heat, cold, light, noise and various other external stimuli. Sir Bose invented a special equipment called Crescograph with which he recorded stimuli of plants for various situations and recorded their responses. The instrument was capable of magnifying motion of plant tissues to about 10,000 times of their actual size and used it to prove the similarities between plants and other living organisms. 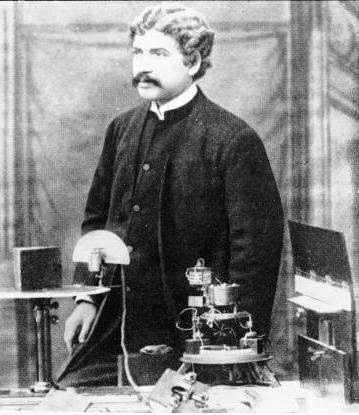 To prove his theory J C Bose conducted an open conference with scientists in the central hall of the Royal
Society in London May 10, 1901. To prove his theory that plants have feelings like humans to enthusiastic scientists Bose chose a plant and dipped the plant unto its stem into vessel filled with bromide solution, a poisonous solution. He used his Crescograph instrument to amplify the plant under experiment and focussed the amplified findings on the screen. The violent moment of the spot exposed similar to a pendulum surprised all scientists. The vibrant movements came to a sudden stop like a dead rat exposed to poison. The plant had died due to the exposure to the poisonous bromide solution. 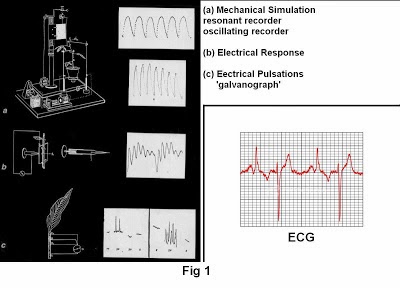 Though majority of the scientists appreciated the experiment, few did not agree with Bose theory. Bose did not give up and continued his findings with many more experiments using the Crescograph, and recording the response of the plants to fertilizers, light rays and wireless waves. The instrument received widespread acclaim, particularly from the Path Congress of Science in 1900. Many physiologists also supported his findings later on, using more advanced instruments.
Jagdish Chandra Bose was born on November 30th, 1858, in  Bikrampur, Bengal and educated in Faridpur, India.  He was the son of a Bhagawan Chandra
Bose, magistrate. Bose in the company of village folk at school developed interest in nature and animals leading to invention of plant biology or botany.

J C Bose was the first scientist that discovered wireless radio in 1895. Even though he gave  demonstration of wireless radio before the Lt. Governor of Bengal, the credit went to Guillermo Marconi, who gave similar demonstration in 1897. He discovered a detector for electrical disturbances and got patent for his instrument from US patent office in 1904. He was the first Indian to get US patent for an invention. Bose was the first scientist appointed as Professor of Physics in the Presidency College, which was strongly opposed by British Sir Alfred Croft, then Director of Public Instruction of Bengal and Mr. Charles R. Tawney, Principal of the Presidency College, but yielded to accept  this appointment with the intervention of Lord Ripon, then Viceroy of India.

J C Bose wrote a science fiction in Bengal language called ‘Polatok Tufan’. It is a story where a bottle of hair oil is the hero that could control and stop cyclone. He explains the feature with the fact that oil stills the
surface of water by changing surface tension.

If we consider J C Bose as the first pillar of modern India, we should allow the other three prominent people of his time Prafulla Chandra Ray (1861-1944), who is a chemist and established an Indian school of chemistry and a chemical industry, Srinivasa Ramanujan (1802 1920), the great mathematician and Rabindranath Tagore , a great religious guru, philosopher and friend to J C Bose.