Human imaginations knew no bounds – Futuristic realities are the results

Humans imaginations out beat other living beings with two distinct qualities the brain and power to express. The imaginative human brain stretched its tentacles beyond the living globe to universe and galaxies. Newton who did not eat the apple fallen at his feet found out the greatest law of gravitation, on which theory we are all living today. Today the worlds’ technology is living in virtual reality, thanks to computer applications on multimedia. Virtual reality and artificial intelligence synced together and paved the way for futuristic realities with present-day imaginations.

Let me brief futuristic realities which are today’s’ imaginations with awesome pictures.

Imagine if you do not know driving and still wants to drive a car in traffic jam roads safe and secure? Even if you are a good driver with years of experience driving cars and when you become old your reflexes will not work to drive a car on the busy roads. Autopilot car is the answer.

Autopilot technology until now is used to control aircraft, where flights run on an autopilot system for a brief period to longer times as decided by pilots. Wright brothers imagined to fly in the air long back and thus today’s aircraft. And today’s imagination of autopilot car will be tomorrow’s reality. The concept of the autopilot car is ten years old and Honda is the first to release the basic autopilot car within a specific lane and sold in the UK. It was then discontinued. 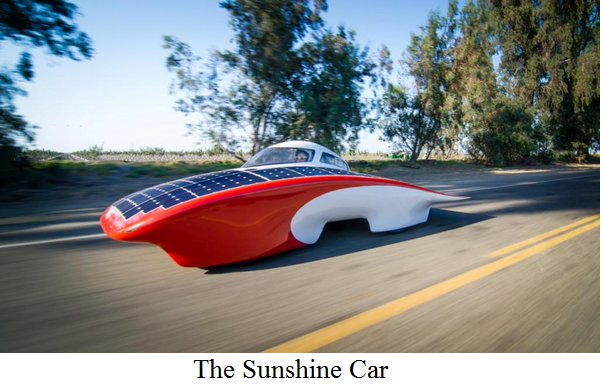 Growing air and sound pollutions across the globe are creating ecological imbalances. Petrol and diesel prices are mounting up and these chemical are polluting the air. Technology is looking at alternate sources of energy. Abundant alternate source of energy is available to human requirements in the form of solar energy. Scientists are looking to tap this power source to run cars. The result is the sunshine car.

This technology is made possible with the invention of new materials like boron nitride nanotube and carbon nanotube ( more about these tough materials at Crystal Structures of Nanotubes). These materials are lightweight and very strong. This space elevator idea is otherwise not possible in space with high pressure and stress of earth and a geostationary orbit.

There is the positive and negative impact of these amazing scientific and technological innovations on the human race. The positive side

The negative side is

To wrap up the post-futuristic realities are human imaginations are benefiting all human sectors like agriculture, industry, health and health care. They are going beyond and finding out ways and means to live outside the globe onto a new world. They have the positive and negative impact on the human race. With a word of caution futuristic realities are well invited and the brains behind are well appreciated.

Technology breakthroughs in 2015 and expected in 2016