What is the commoner’s ambitions?

commoner, common man, common people come to lime light during elections and disappear after the elections. Commoner are just tools in the hands of politicians in spite of their vote value in democracy. They do not have a choice to vote for those people who will fulfill their insignificant ambitions. Their ambitions are not desires for wealth or treasures, but decent facilities to live in the society. Common man do not enjoy any social status, do not belong to aristocrat families to command or demand. They are generally called masses or ordinary men.  They come into the limelight during elections and go back to their dark life after electing irresponsible idiots, Intellectuals  talk trash like ‘democracy is by the people, for the people, and of the people’. In reality, democracy is ‘to buy people’, during an election time and then go ‘far away from people’ after elections and avoid them from the sight ‘off them’ till next elections. This is a hard fact of democratic voting.

This pathetic situation  of a common man is  due to

Politicians are buying  voters with monetary attraction. Common man is falling into this trap. People below poverty line do anything for daily bread. A thousand per vote is a big amount for hungry masses. These powerful politicians are dividing people into groups depending on the caste, creed and place, dividing them on cultural and social difference.

These unethical leaders are jumping and changing parties at their whims and fancies.  They get elected from one party and switch to another for big monetary offers. There is neither constitutional protection nor personal ethical values for these politicians to stick and respect their parent parties.

Those politicians in power  are controlling independent government agencies like intelligence, police, election commission and judiciary. They rule makers and rule violators. These responsible people have no responsibility for the welfare of common men.

Just before elections they make vague promises to win voters like free money support to unemployed,  free food, house and much more. Thus they are turning energetic and dynamic youth into lazy, lethargic and static masses. Instead of teaching people how to fish for continuous food, these politicians are giving insufficient fish to fulfill hunger.

Power mongers like to become politicians.Once they come to power they want to earn back their spends and earn more for next elections, for their next generations. Thus they turn  greedy. Even a clean politician becomes corrupt over a period of time either by necessity or by force or by default. Major percentage of politicians are selfish, with due respects to few  who are not. Caste, creed, and breed have come a long way in politics in few counties dividing counties into various groups depending on caste and creed.

Solution for this issue:

Intellectuals classified citizens into rich and the poor. Today they have a herculean task to bring all people to financial equality in the country. They try to bring equality between men and women by offering equal rights in all fields including  constitution by giving equal seats in constitutional houses. But politicians who are rule makers do not kine to have women equal rights nor people to be calcified as rich and poor. They injected the virus called  caste and  creed in the society to full  fill their vested interests. They became rule breakers.  If only politicians concur with intellectual ideas and implement strict constitutional norms and adhere to them, we all can see united and peaceful nation. This is done only if politicians turn to be great leaders. If politicians leave their ego, greed all problems will be solved and the country in unity will try for development. 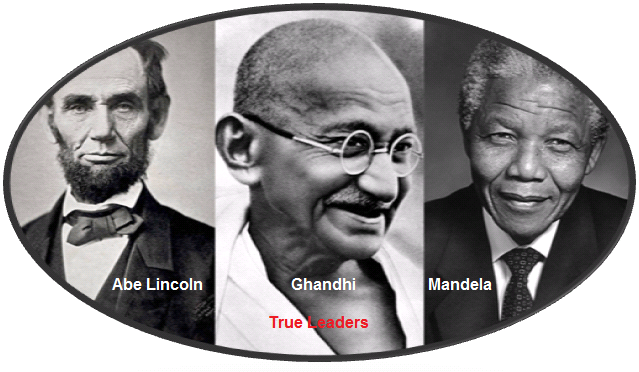 Divide and rule is the art of the politicians and they know they can play with this weapon and rule the common man. Small states are easy to control that is why Governments prefer decentralization. But politicians are using divide people in terms of caste, and language and place and taking political advantage. This technique for temporary gains creates great confusion among people and there is a threat to nations integrity and unity.

What is the defined role of ruling party members and opposition in the Parliament? What is really happening?

Are politicians are sincere to their responsibility. Are they really representing their chosen millions of people’s problems and solving them. The answer is ‘No’. Why is the question? It is because they do not care about people. They are only interested in their welfare.  This brutal statement is not joking. It is a true and sincere  statement and there are reasons to it

To quote the oath the parliamentarians take while resuming the office

“I, A.B., do swear in the name of God/solemnly affirm that I will bear true faith and allegiance to the Constitution of India as by law established, that I will uphold the sovereignty and integrity of India, that I will faithfully and conscientiously discharge my duties as a Minister for the Union and that I will do right to all manner of people in accordance with the Constitution and the law, without fear or favour, affection or ill-will.”

“I, A.B., do swear in the name of God/solemnly affirm that I will not directly or indirectly communicate or reveal to any person or persons any matter which shall be brought under my consideration or shall become known to me as a Minister for the Union except as may be required for the due discharge of my duties as such Minister.”

Source:  A look at the oath of office

Are the politicians truthful to their oath of office and oath of secrecy?:

‘No’ is the answer. In every state the ministers are not doing right to the people they are representing. The basic requirements of the common people are not given. Food, cloth, and shelter are basic requirements for a common citizen. Giving offers before an election to attract voters is not solving their minimum requirement issues. It is possible only when poor and poverty-driven are uplifted from their poor financial positions. This issue can be solved only when they are given job oriented education and enough jobs to be self-sufficient..

Why Democracy in Its True Sense is Vanishing in Indian Government?

Indian Politics – Two Decades of Scams – Unhealthy Politicians – What is the Solution?