Disease and Conditions is what we neglect in our daily routine. Health is wealth and wealth is happiness. Health Care is much neglected by busy humans in this stress filled world. Uneven food habits, irregular sleep, lack of knowledge about common disease, silent killers and killer disease is hurting human general health and well being. If you understand the symptoms, cause and cure of any disease. you can prevent them from deadly attack. For example common disease like acne ( women most worried about) can be prevented by simple home remedies, silent killers like hypertension and diabetes can be prevented by disciplined and regular walking, less intake of salt, sweet and avoiding  irregular fatty food habits. General cleanliness of your house hold and surroundings can prevent attack of killer disease like Rabies and yellow fever – we neglect. Know your health condition and learn about the most common disease, silent killers and silent killers and get rid of their attack. We try to give the cause, symptoms and cure for all diseases and the useful resources like real time news feed, research information, blog news and much more.

WHO is the authority for health within the United Nations. Who  is responsible for providing leadership on global health matters, shaping the health research agenda, setting norms and standards, articulating evidence-based policy options, providing technical support to countries and monitoring and assessing health trends.

The above common disease are not dangerous and curable. If you understand the symptoms and cause of these disease you can prevent them from becoming serious. With simple diagnosis and timely treatment they are curable. Stress, age and changes in the body and environment causes these common disease. Many other disease can be categories as common disease or Common infectious disease and to name few 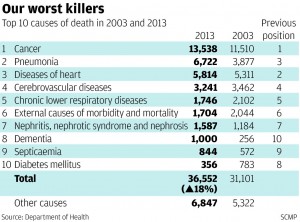 Be ware of these disease. They are very very dangerous. They are many a times hereditary and unnoticeable for years. They stay dormant for years and they are treats to life before you notice. They are more predominant with age and regular medical and clinical check up with help you notice them.  Killer disease are hypertension, diabetes. Cancer of all types, colon, breast, lung, blood, asbestos cancers and are deadly. Other silent killers may include

Killer disease are Very dangerous and spreads through animals, flies. Environmental hazards, lack of cleanliness, epidemic and through household pets like dogs are the cause for these disease.. Symptoms will be mild to severe. Causes will be identifiable, cure is possible with proper attention and care.

The heart, a muscle about the size of a fist, is one of the hardest working organs in our bodies. Over the course of an average life span, it beats about two and a half billion   times without ever taking a break.

4 Tips for Choosing a Dentist