Skip to content
Technology is a Part and Parcel of Human Life
December 10, 2015May 5, 2020 sangamkr tech

Apple new products for 2016 with much ado about nothing?

Apple is a trusted company for surprises and new releases now and then. Before release of any new product there will be lot of talk and gossip about the range and features among apple lovers. This time it is about Apple 6C, a 4 inch screen  iPhone,  larger screen than it’s predecessors Apple 6S and 6S Plus. 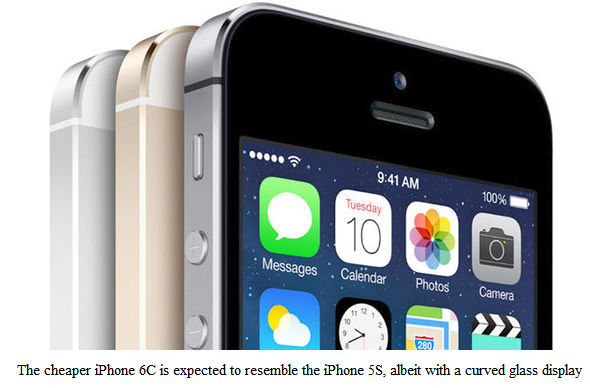 Technology analyst Ming-Chi Kuo claims the Cupertino firm is preparing to launch a new four-inch iPhone. Apple 6C will not have the 3D touch facility but supported with Apple pay and a9 processor. It is expected  in UK in March 2016  with a price range of  £260 to £330.

According to news at The Street, apple is about plan a big event on Tuesday and releasing the second-generation Apple Watch, with better  camera, improved wireless and new health sensors. We have to wait and see.

Tech Times  reporter Menchie Mendoza, on December 7th  reports that  Mac Rumors confirmed information  from Eddy Cue, Apple’s senior VP of Internet Software and Services that apple has started to roll out 100 k-library support to Apple Music. Apple Music fans can now have more than 25,000 tracks in their music libraries, as Apple reportedly increased the matching limit of Apple Music to 100,000 tracks.

Sean Coughlan, Education correspondent on 7th september on BBC news, reported that apple temporarily converting all its worldwide 468 store network into classrooms for a week. The coding tutorial is for ages and project is ‘Hour of code.This project ignites a spark among young learners creating a creative medium.The project is supported by top leaders of the world,US President Barack Obama and UK Prime Minister David Cameron, along with technology figures such as Bill Gates and Sir Richard Branson and representatives of Microsoft, Google, Facebook and Amazon.

What is hour of code?

The objective of this great movement is to reach as many students as possible around the globe, The movement is aimed to reach in 180+ countries. It is a one hour tutorials and available in over 40 languages, for all age groups between 4 to 104.

The sponsors can sign up to participate between 7th and 13 th of December and encourage others to host. Choose a tutorial. The hour of code for all ages includes

There are many ways to get involved in this valuable program. You can involve your friends and colleagues to join. You make your school and college to participate and spread the word across your communities.

Since February 2015, there have been various reports that Apple is working on a car that’d “give Tesla a run for its money” after Business Insider spoke to an Apple employee with knowledge of the subject. This coupled with a sightings of cars registered to Apple, clad with sensors/cameras (which were later debunked) got everyone talking. (iCar Release)

Read more about the negative comments about  iPhone 6s battery case calling it  ‘hump’ and the denial by Tim Cook. He said that he was aware of the comments people were making about the case. “You know, I probably wouldn’t call it ‘the hump,'” Cook said. more at Mac Rumors

Apple is now allowing its Mac Pro products, apple pencil and smart keyboard for online booking  and then  picking up at the nearest apple stores, which were hitherto unavailable.

For the iPhone app, Pixelmator has added 3D Touch support throughout the application. Pixelmator is a powerful, full-featured, layer-based image editor that lets you touch up and enhance images, sketch and paint, as well as create advanced image compositions on iPad and iPhone alike.Read more at Pixelmator