It was great morning of 25th May to India and to all Young People in the world. At 6 am on this day thirteen-year-old Malavath Poorna became the youngest girl to climb the world’s tallest peak – Mount Everest. She hoisted India flag and the photograph of Dalit leader Dr. B.R. Ambedkar.Malavath Poorna is from the Andhra Pradesh Social Welfare Residential Educational Institutions Society (APSWREIS).
She recollects the ‘ten commandments’ that the ‘Swaeroes’ recite while in turbulent state which says
‘I am not inferior to anyone, I shall be a leader, I will think big and aim high, I will never give up’.She observes six dead bodies while taking the tough climb – She was lately tired and now afraid seeing dead next to her. She then recollected the above commandments in this adverse situation and mentally thanked her ‘Secretary Sir’ for given her the courage and confidence to do this rare feet. The  IPS Officer R.S. Praveen Kumar,is the “secretary Sir’ of Malavath Poorna and  the brains behind introducing adventure sports among many others things into the curriculum as a confidence-building measure for the youngsters who all come from poor backgrounds. Malavath Poona recollects the difficulties she met in her climb to Mount Everest – like high altitude dangers (lack of Oxygen, freezing situation)    “I cannot even describe how difficult the climb was, but I decided to fulfill the dreams of Secretary Sir,”Malavath Poorna, the daughter of Devidas and Laxmi, both agricultural labourers, said.
She recalled the fears at high altitudes and how her team over came: 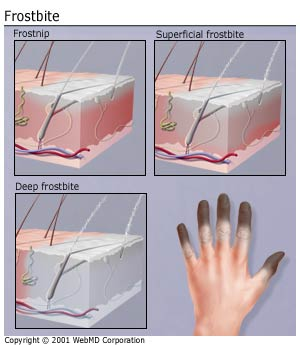 The best treatment for this problem is to descent immediately.

When this lad could surpass these risks and make a great feat why not all youngsters. Is this not this article an inspiration